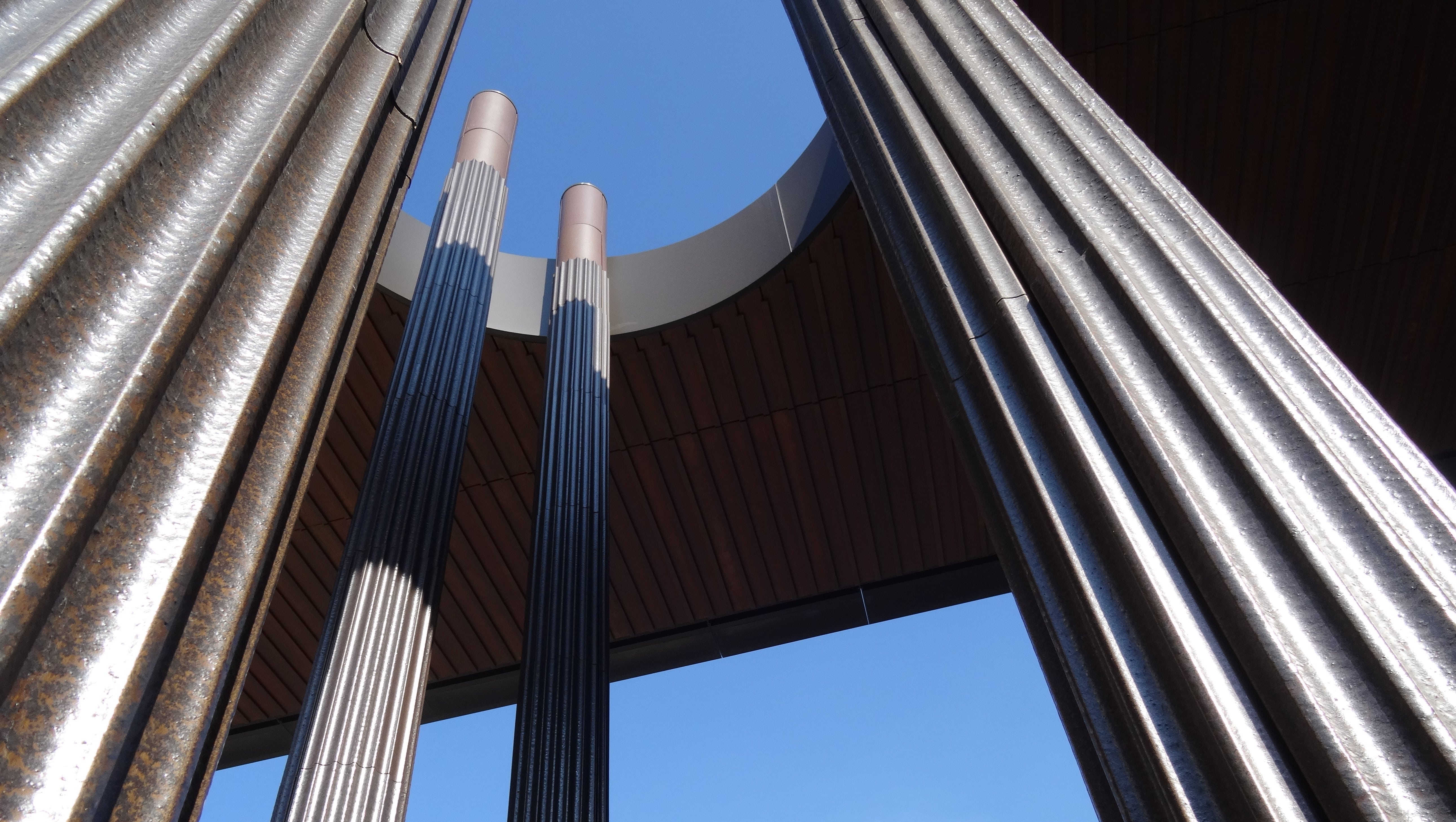 Glaze specialist Christine Jetten works closely with architects and the ceramics industry. In her studio, she has worked on an impressive and international portfolio including extraordinary buildings with a main focus on ceramics for the past twenty-four years. Jetten believes the time for the final emancipation of glazed ceramics as a full-fledged building material is now. And that is exactly what she is most passionate about.

‘For the past twenty-four years, I have worked as a pioneer by using glazed ceramics in buildings. Together with progressive architects, I have formed a vanguard that has freed glazed ceramics from its primarily decorative purpose, as it now has the name and fame it deserves: it is a building material in its own right.’

Thanks to the space Jetten took and was given in the design process by the architects she worked with, the unique quality of glazed ceramics was able to reach its full potential. This experience taught her that ceramics, as malleable as they are strong, lend themselves by definition to made-to-measure projects. As does the layer of glazing which offers infinite possibilities for light reflection, absorption, textures and layering in the façades of buildings. This process is especially successful if architects are prepared to look beyond the standard options offered by the industry and include the possibilities of ceramics early on in the design process, Jetten says. Thanks to her many years of experience and knowledge of ceramics technology, she also knows how to translate customized solutions into recipes that enable the ceramics industry to produce what is required. This is why her unique glazes and textured ceramics, that all have the ability to play with light, have appeared on buildings from London to Boston and from Doha to Beijing and Sydney.

Her mission is at least as great as her ambition. Christine Jetten aims, together with her partners, to give that new, artistic and high quality glazed ceramics a place in the spectrum. As a material, but also as the starting point of the design process. So that architects can include the option of working with ceramics in their design from the outset. She wants architecture students to get to know the material during their training. She wants them to learn, experience and know that glazed building ceramics by definition lend themselves to unique solutions. That it is possible to use ceramics to transform inspiration and dreams into the final result. Jetten: ’Over the past years I have noticed that architects develop a whole new dimension in their work when we work together. They see how an idea, a quality, an inspiration, can take shape through experimentation and design. The material, the shape, the texture and the recipe of the final glaze have the ability to express exactly what the designer has in mind. This often results in incredible buildings, some of which are in perfect harmony with existing, historical architecture, whilst others bring warmth, sensuousness and distinction to a modern setting.’

The application of glazed building ceramics

It is sustainable, strong and provides depth to buildings, as well as artistic quality and identity: glazed ceramics. Therefore it is not surprising that the interest in the material has grown over recent years, Jetten says. Interestingly, ceramics are not only valued for their decorative aspects or, for example, as a replacement for natural stone. In the architect’s palette, the artistic approach plays a major role with this new, third type of glazed ceramics as a material. ‘ It is all about using the raw materials with their natural properties to achieve a certain visual quality. With glazed ceramics, it is possible to bring texture, warmth but also light reflection and depth into a design. This can be done in a unique way that cannot be replaced by any other material. That is ceramics’ own independent quality’, says Jetten.

At the end of the 1990s, Jetten was at the forefront of the renaissance of glazed building ceramics. The Holland House, the only building designed by the architect Hendrik Petrus Berlage in London, played acrucial role in this. As a visual artist, Jetten had been working with ceramicsfor years, often in combination with other materials such as metals and glass. She expressly chose glazes to give her autonomous sculptures their own ‘skin’. During her studies at the Gerrit Rietveld Academie, Jetten experimented with developing her own recipes. After the art academy, she fully immersed herself in ceramics technology during a post-graduate course at the University of Technology in Eindhoven.

The special combination of her artistic skills and technical knowledge did not go unnoticed. For a large part of her career, Jetten worked as a teacher, supervising art students. At the Porceleyne Fles, more commonly known as Royal Delft, Jetten's skills proved to be extremely well suited to the work of restorer of historic glazes. ‘ Restoration work on the garden required a great deal of research. In the first half of the twentieth century,very little was documented in order to protect the recipes. My search for a particular glaze took me to the Holland House in London, a building from 1911 by the architect Hendrik Petrus Berlage. At the time, Berlage collaborated with Royal Delft for the glazed façade sections. The office manager could not give me much information but did allow me all the space I needed to view and photograph the building.’

The process as part of the end result

Coincidentally, not much later, an architect from the American Kohn Pedersen Fox (KPF) agency in London reported to the same manager. This architect named Richard Taylor, was charmed by the ceramic façades on the historic building. The manager then kindly gave him the business card of the ‘mysterious ceramics lady from the Netherlands' .

‘Taylor was very excited about all the new possibilities brought to him by ceramics, and soon invited me to collaborate. Suddenly, ceramics was a ‘leading material' in his designs.’

Taylor also inspired his colleagues’ with the ‘new'  material he had discovered. More commissions followed from KPF, including an apartment building in Mayfair (2003) which had to be built in harmony with its historic surroundings but in a contemporary way. Hugh Trumbull, the Architect and Design Principal of KPF in New York, approached Studio Christine Jetten to collaborate for his design CNOOC headquarters in Beijing, near the Forbidden City. He was expressly looking for a material that could connect to the atmosphere of the old Chinese palaces. The collaboration with Christine Jetten resulted in rich red-brown and yellow glazes that gave the ceramic façade sections in the plinth and the top of the building a look that was both contemporary and timeless. The building that was constructed in 2005, has won numerous architectural awards and Trumbull has come to be an ambassador for the work of Studio Christine Jetten. ‘You rarely get the chance to work with someone like Christine’, says Trumbull. ‘It is enlightening to work with someone who is both an artist and a chemist. Working with her has opened many doors to unique designs. Working with ceramics is fascinating, the material is so rich and powerful. By working with Christine, I now also know that the process of creating the material, as well as the production, the science, the art and the craft that lies within it all, provide the potential to excel in the final design.’

Christine Jetten says her experiences with the architects of Kohn Pedersen Fox have been ‘mind-blowing', and, in retrospect, crucial to what would follow. ‘I have inspired them and they, in return, have made me think about things that were not yet part of my repertoire.' These projects may have seemed incidental to the practice of the sculpture artist/glazier at first, but that soon changed. Jetten: ‘ Through these assignments, my motivation and passion came together. Both for glazed ceramics, the artistic approach but also my fascination for the built environment.’

The architect Trumbull was a driving force in her development. He was lyrical about ceramics and the unique way of working with Christine Jetten. A new world opened up for him. And that equally applies to Jetten. In 2010, this led to the transformation of her studio from that of a visual artist to that of a glaze specialist, to eventually a sparring partner for architects but also a bridge to the ceramics industry. ‘I realized that I had taken on a unique position. And that I could now pave the way for ceramics as a building material.’

Over recent years, Studio Christine Jetten has worked on designs all over the world. From the Museum of Arts and Design in New York to the new construction of dozens of railway stations in Doha. The rise of ceramics in buildings fits in seamlessly with the need for more tactility and recognizability in cities, but also with climate choices and sustainable materials. The use of ceramics is on the rise, which has led to enormous developments when it comes to the material, knowledge and expertise. ‘There is so much possible outside the standard options.' Over the coming years, Jetten wants to intensify her plea for this development, she wants to fight against the flattening of materialization and façade designs and for sensuality. Not only by participating in the designing of new buildings, but also by acting as an expert. ‘ I am regularly asked to give lectures both at home and abroad, or to supervise students during their research. I want to be an ambassador for this special material, which shows its strength precisely when attention is paid to the process. As a discussion partner, glazing specialists can empathize with how architects think and visualize the process at an early stage. Attention to the process determines the quality of the end result: ‘During the meetings with the architect, you, as a glazing specialist, can offer options, conduct further research, make test tiles, and therefore already materialize during the design process.' Jetten considers her bridging function to the ceramics industry to be very important, through her the uniquely made recipes can be translated into industrial productions. ‘This is the only opportunity to use the qualityof ceramics on a large scale. This way you can still feel the craftsmanship of the product whilst you remove the slowness from the manual process.'  There is still a lot to be done here, both in making people aware of the possibilities, and in bringing different worlds together. From my bridging function, I would like to reach out and discover the unprecedented possibilities of glazed building ceramics and use them in our surroundings; the built environment.’ 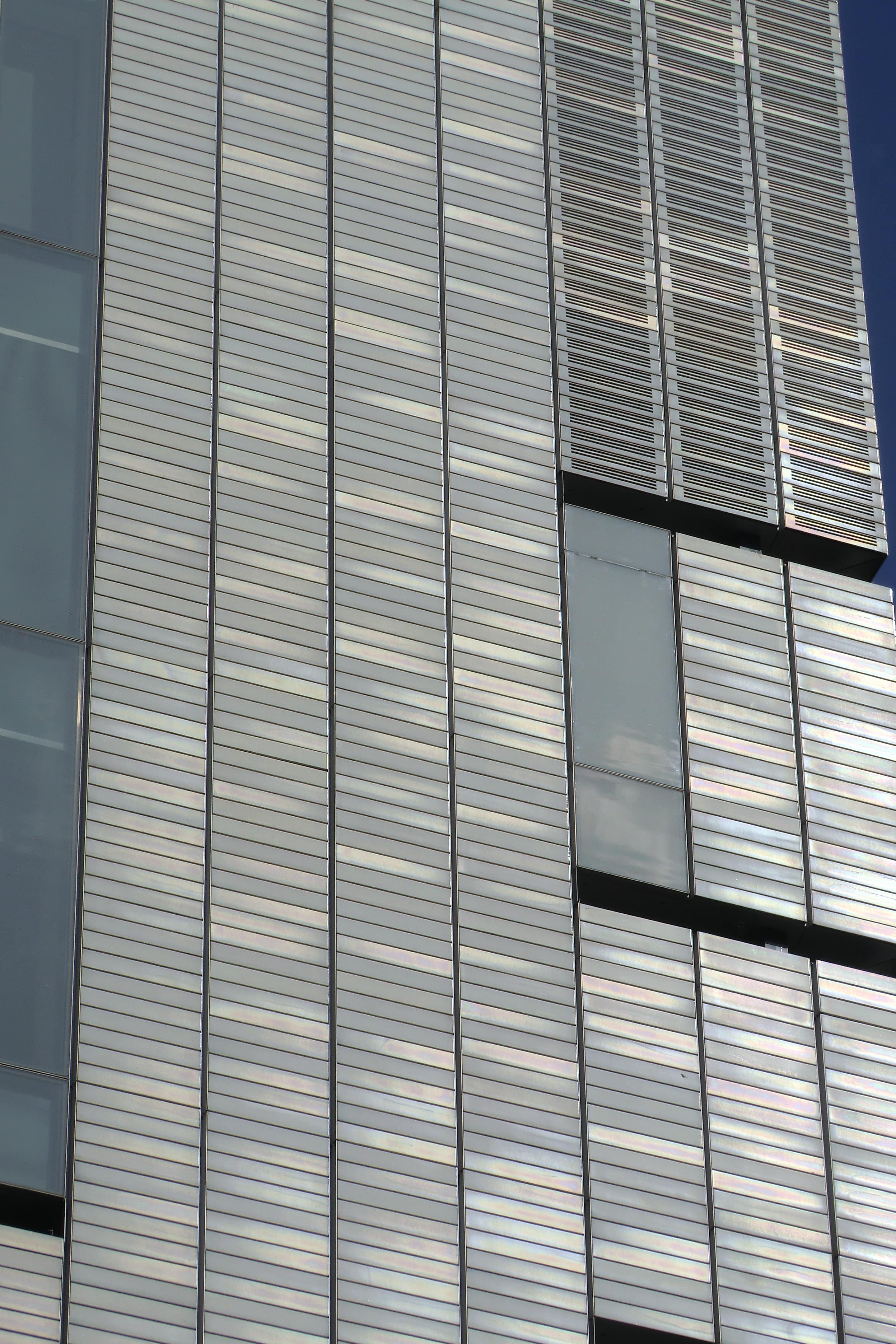 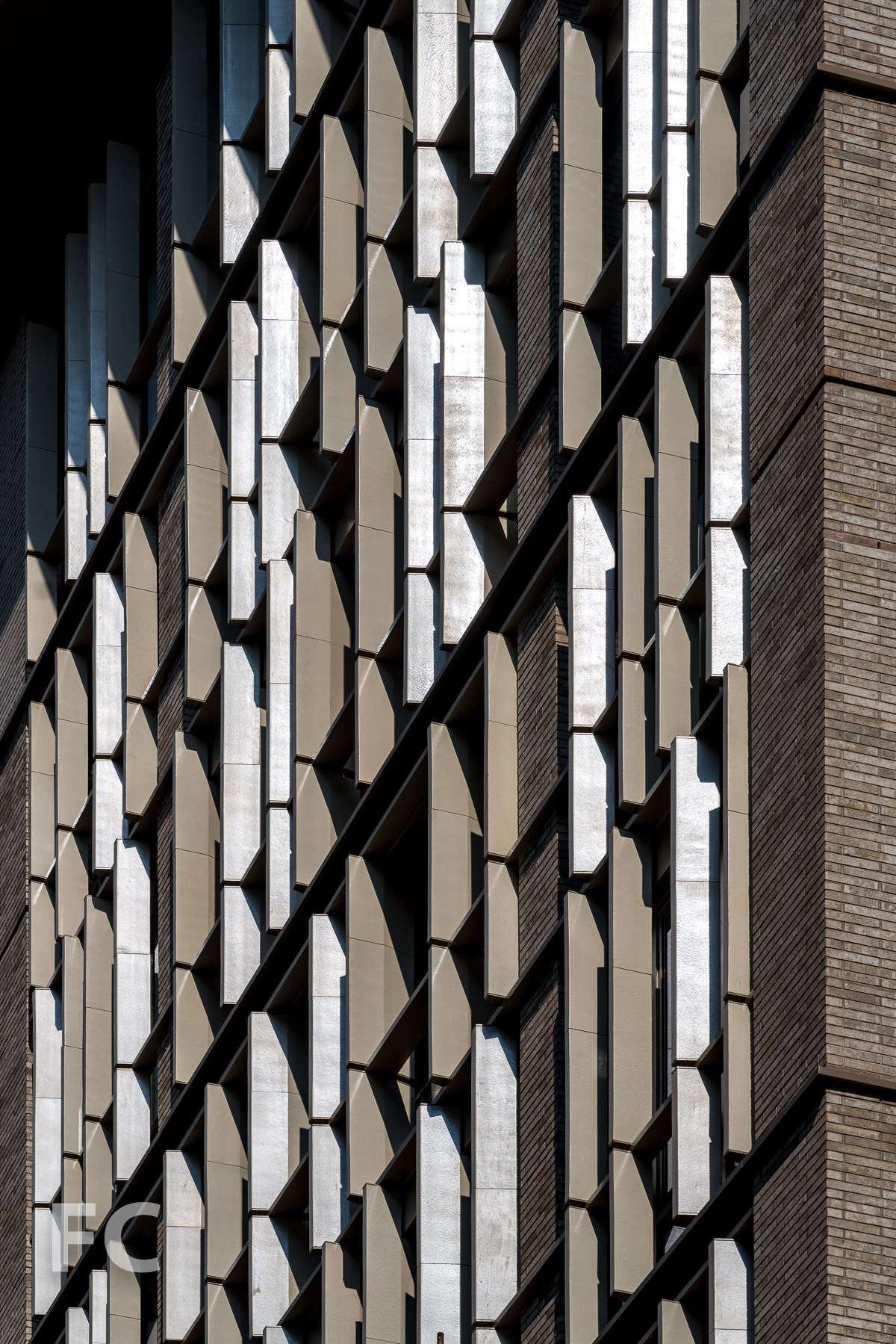