The glaze colours and -textures are a modern translation of the walls (deep-red) and the roofs (yellow) of the Forbidden City. 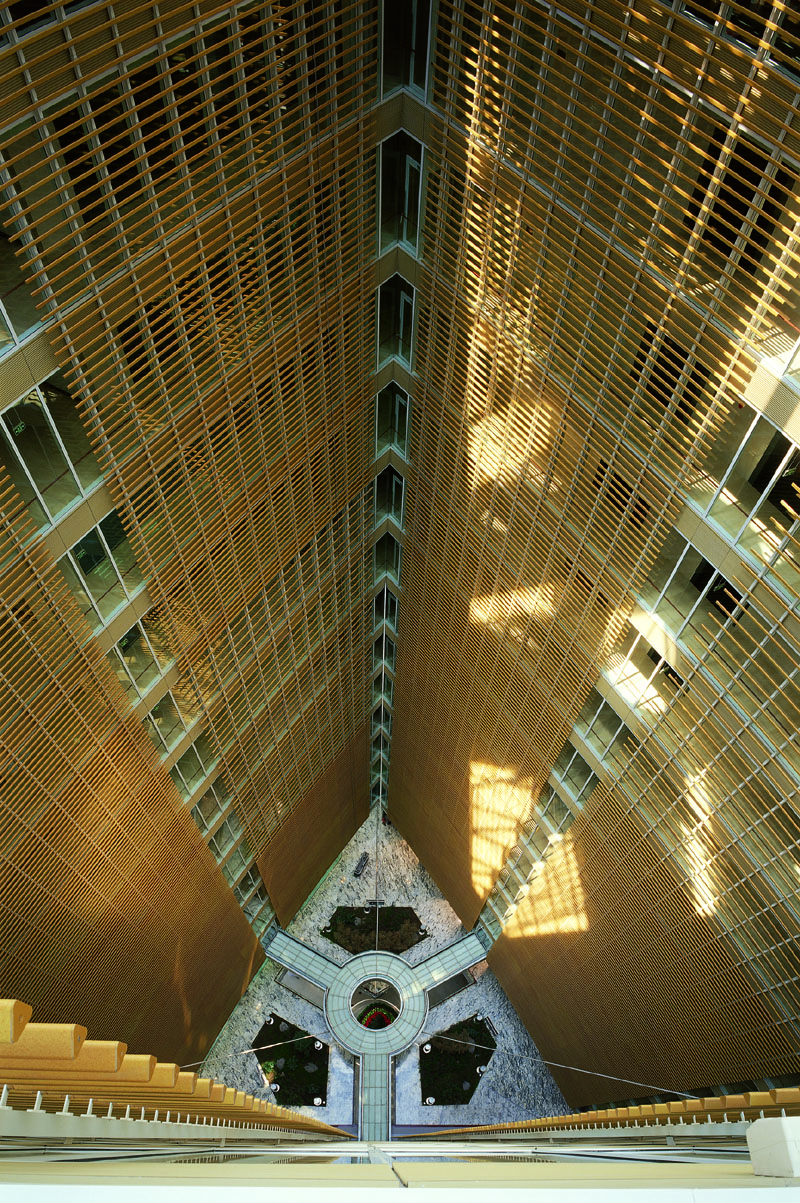 The CNOOC Headquarters building acts as an urban counterpoint to the massive Ministry of Foreign Affairs Building situated on the opposing corner. The building’s form visually references offshore oil production sites. The prow-like shape recalls an oil tanker’s bow, and the tower mass elevated above the ground on piloti suggests an offshore oil derrick. This effect is further heightened by the design of the ground plane, which has been developed to resemble the ocean’s surface. 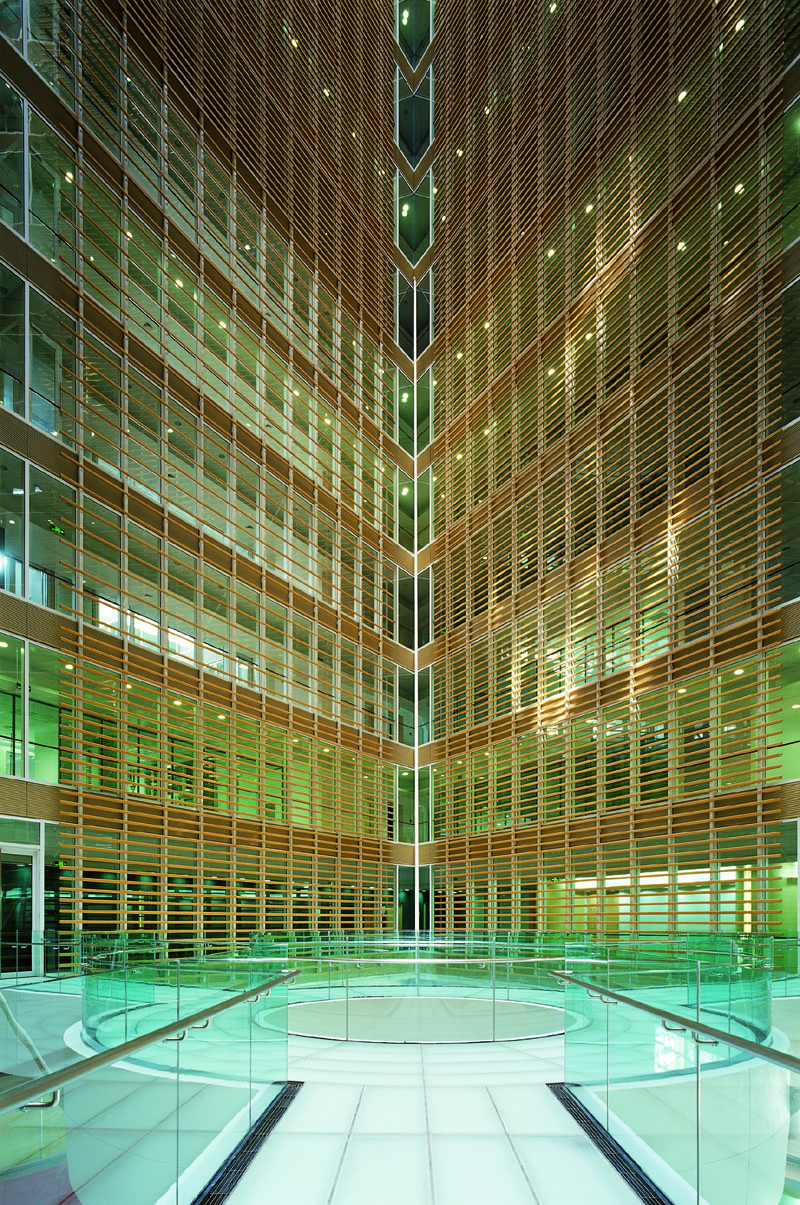 An effort was made to connect this very tall structure with the scale of the historic buildings. A lower structure, out of which a rounded tower arises, uses a custom designed iron-red textured glaze for the wall units and the terracotta rods. The rods in the atrium refer to the yellow roof tiles of the palaces. These colours were developed because it pays hommage to the walls and roofs of the ancient palaces. 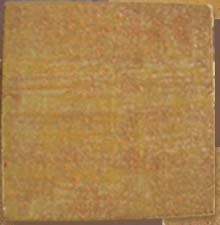 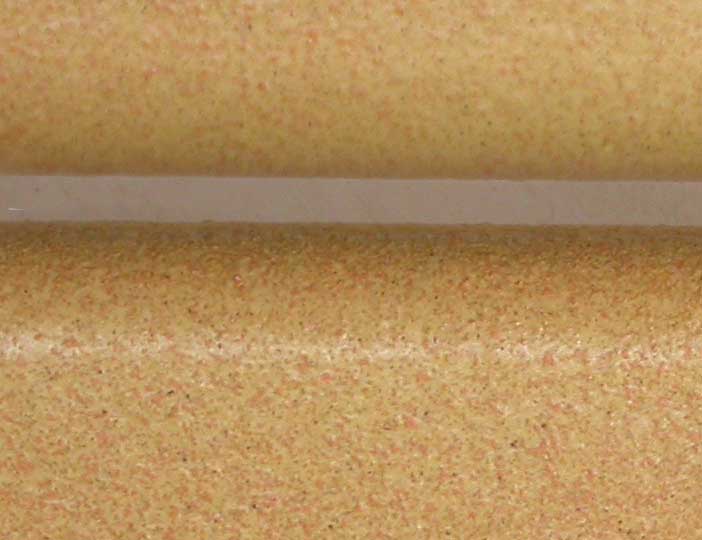 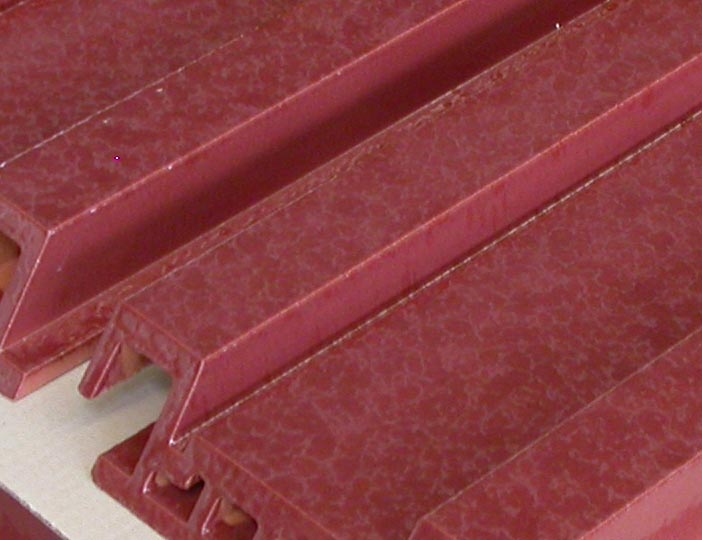 This will be the caption
No items found.

Working in terracotta is absolutely fascinating. The material is so rich and powerful. I fully believe that understanding the process of creating the material, the fabrication, the science, the art, and of course the craftmanship, unlocks terracotta's true potential for any project seeking design excellence.

Design Principal, KPF NY
"Take it and move it into something really unique." Hugh Trumbull to Christine Jetten

The monumental main building, with its extraordinary glazing (for its shape), dominates the general view of the complex. At the same time, the comparatively low wall, which spaciously encircles the forecourt below, acts as a counterbalance: the closed frontage, with its striking, gleaming red color, provides the glass building with a solid base, appearing to lift it from the ground. 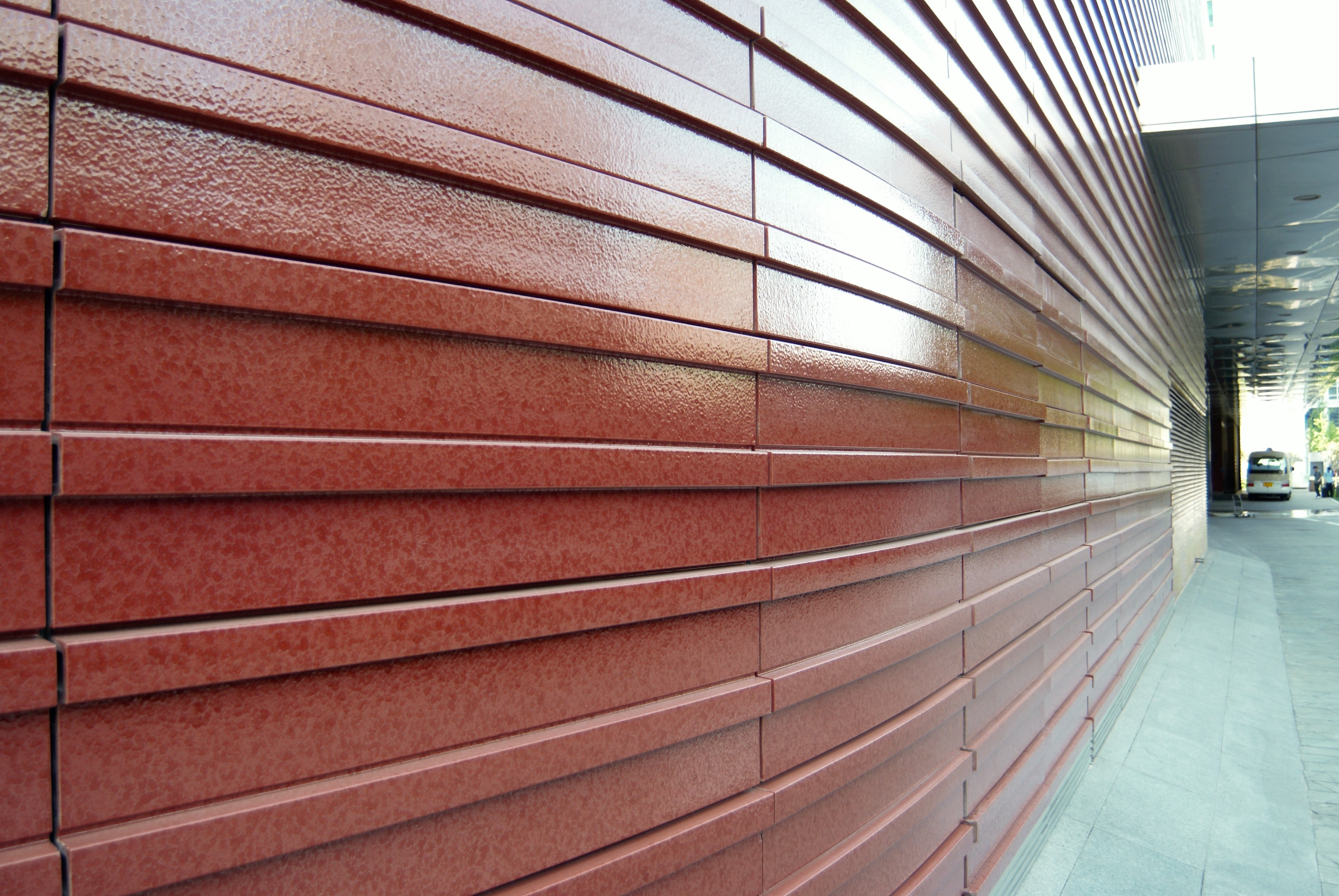 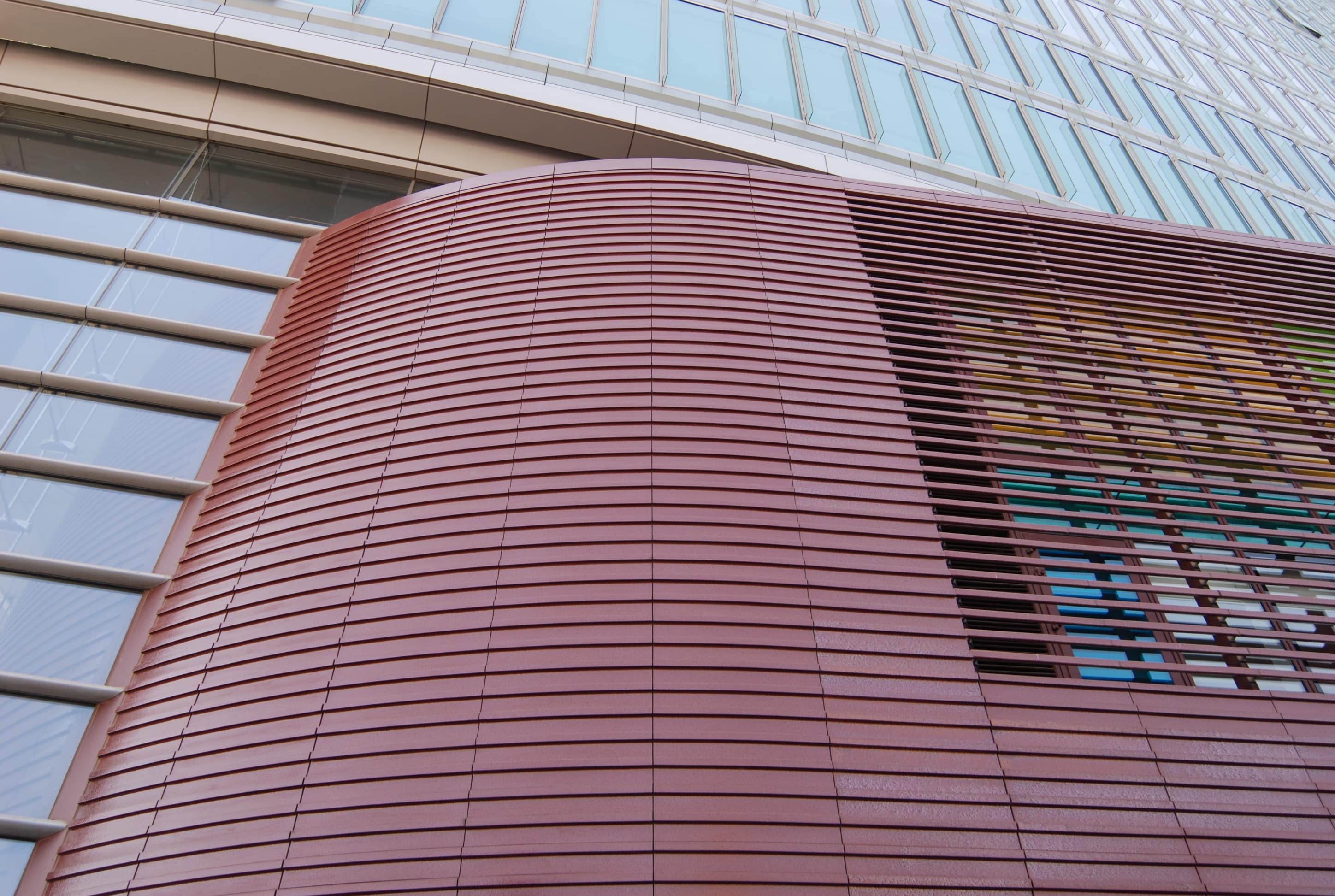 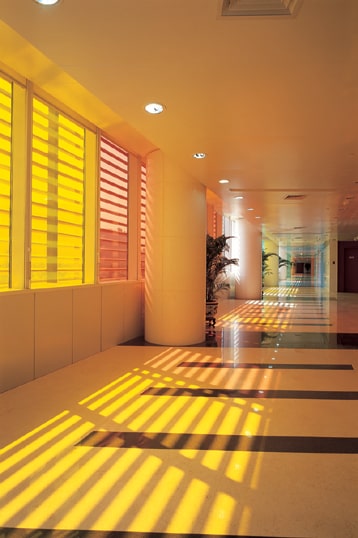 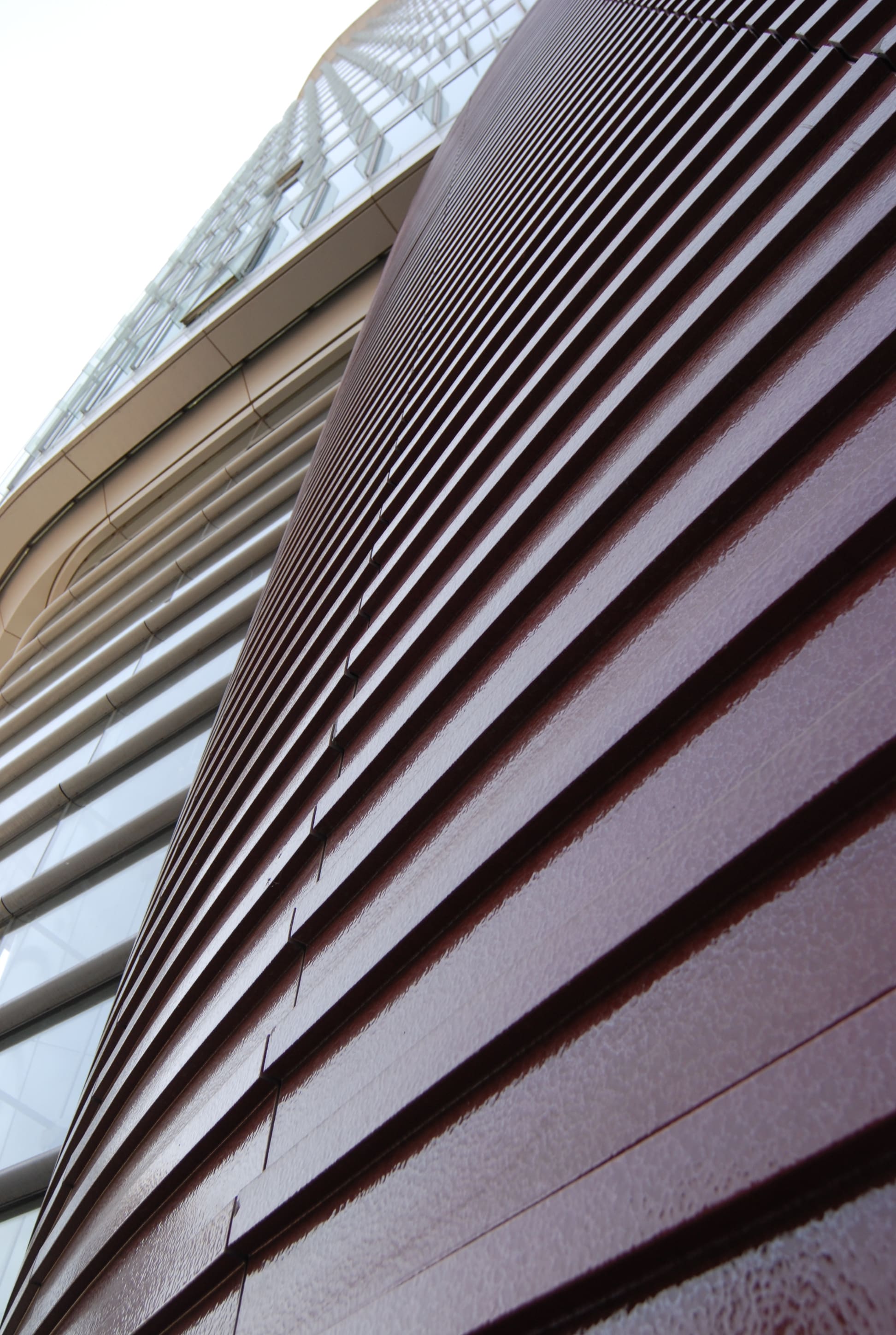 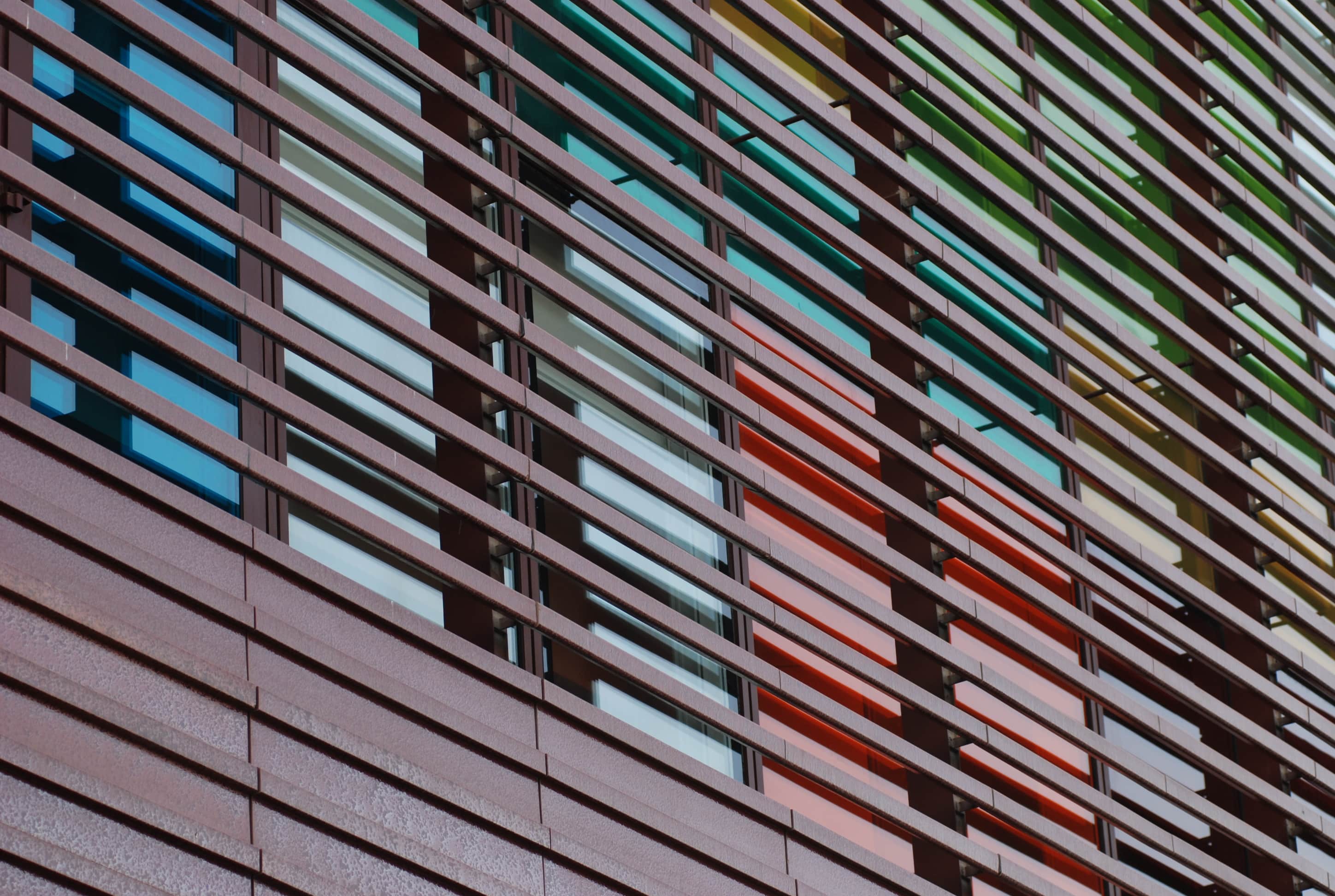 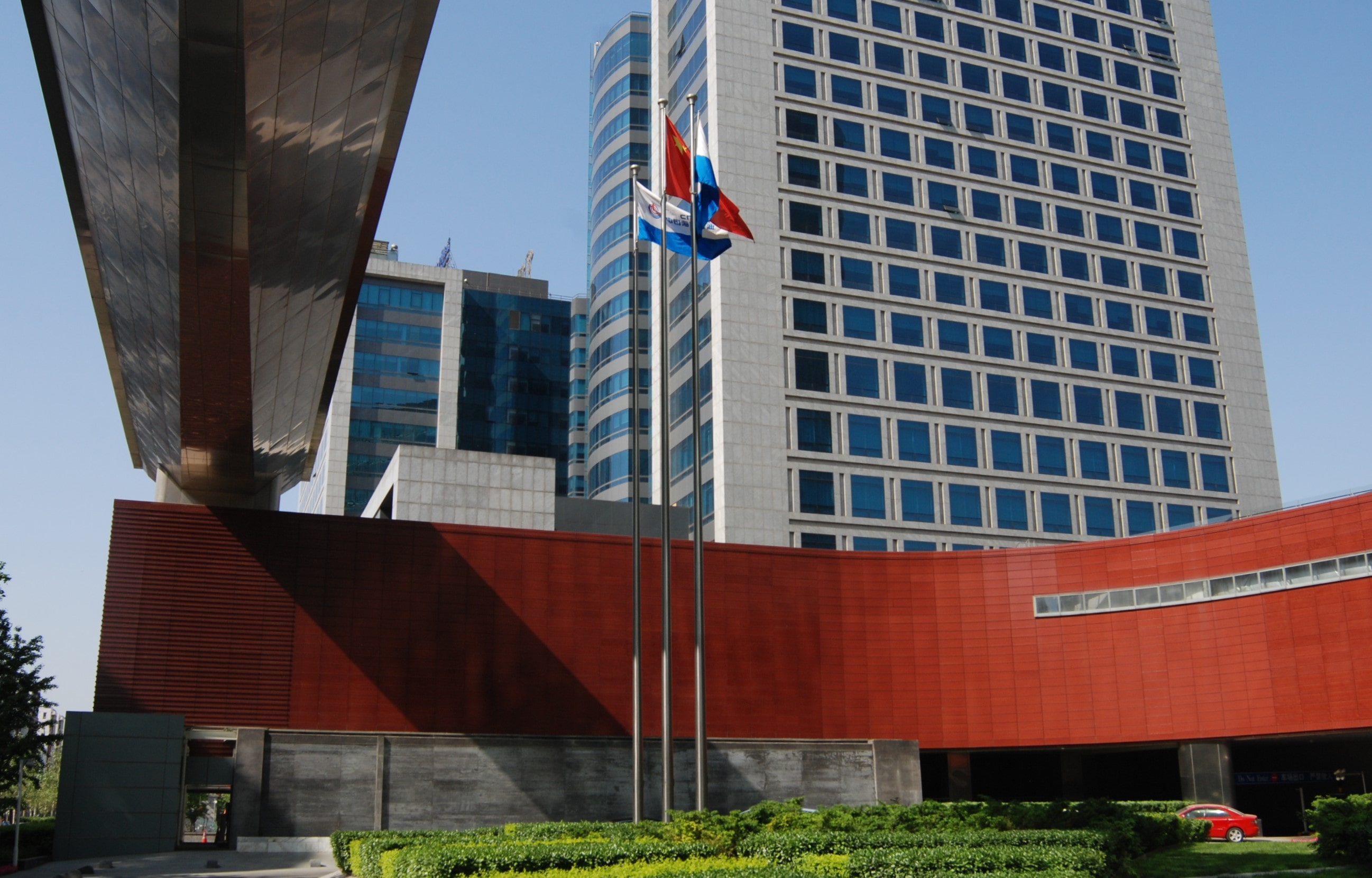 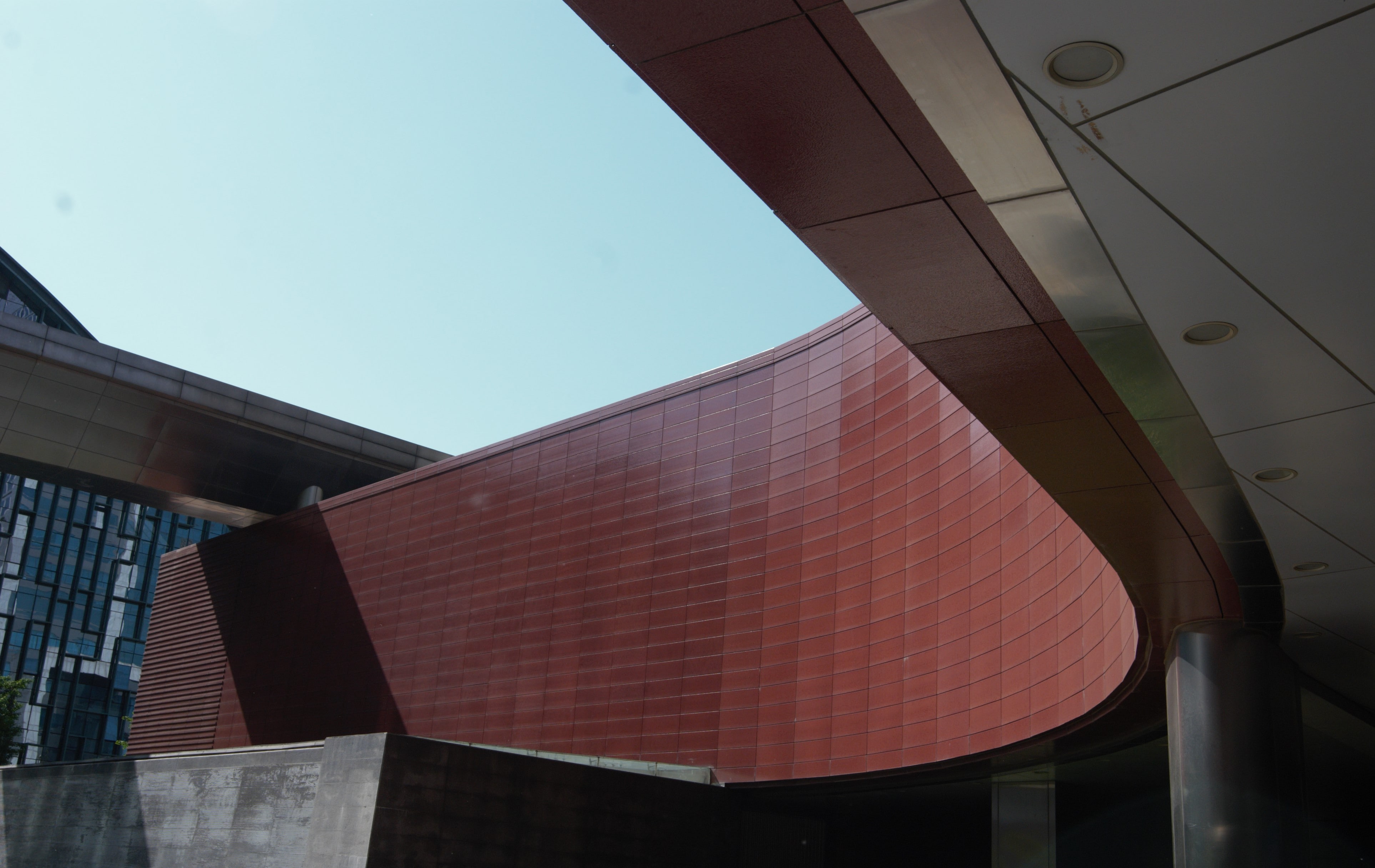 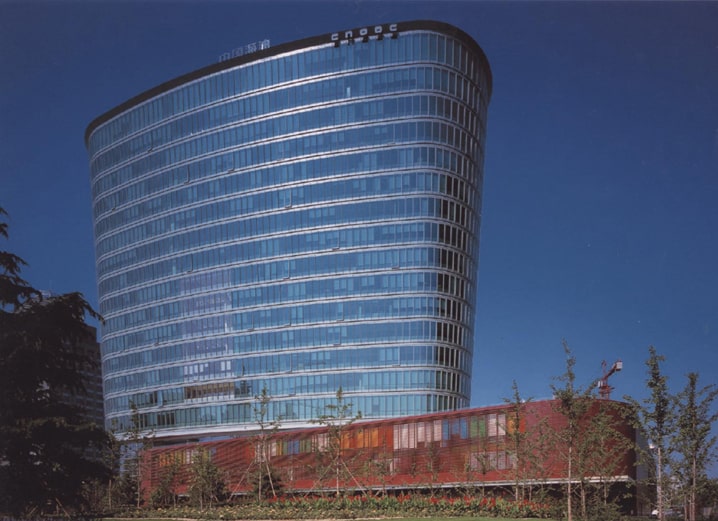